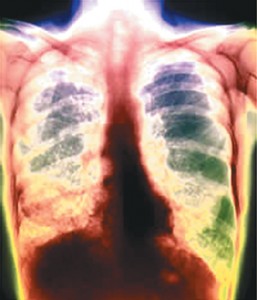 Logic would then dictate that groups at high risk for tuberculosis should be targeted for screening efforts. The estimated 24.4 percent prevalence of tuberculin reactors among our study population is about five times higher than the prevalence among the whole United States population, substantiating that our patient population is at high risk for tuberculosis and is worthy of screening efforts.
The methods reported in this study allow tuberculosis screening of a large, high-risk population that would require enormous resources to screen in the standard fashion. It might be argued that the results of this study demonstrate that screening of poor, inner-city patients is a wasted effort, because acceptance of and compliance with an isoniazid regimen is low. However, it is clear that the current resurgence of tuberculosis is concentrated in this type of patient population. Therefore, to state that is is futile to screen this patient group because intervention is impossible is to concede defeat in the fight against tuberculosis. New and creative tactics need to be developed to increase the delivery of isoniazid to this population. The method reported in this study might facilitate such efforts by efficiently identifying many infected individuals who would not otherwise be screened and thereby allowing scarce resources to be focused on these high-risk patients.