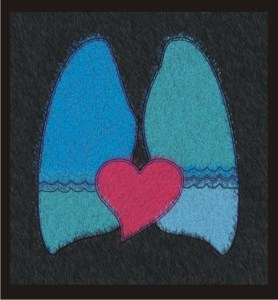 Eighty-three variables from the medical history, physical examination, vital sign, medication and laboratory reports, and hospital course were abstracted from each record by one of the authors. Specific attention was made to data describing the patient at the time treatment with mechanical ventilation was begun and 24 ±4 hours following intubation.
Myocardial infarction occurring during the 24 hours following intubation was defined by (1) electrocardiographic (ECG) changes of Q-wave infarction with an elevation of creatine phosphokinase with >5% myocardial band, or (2) nonspecific ECG changes with the same creatine phosphokinase criteria listed in 1.
Continuous data were statistically evaluated by Students t test for groups of unequal size, and for nominal data by analysis of proportion. Values are expressed as mean ± standard deviation. A value of p<0.05 was considered statistically significant. Stepwise logistic regression analysis was performed using the BMDP statistical package to generate two models to predict the probability of mortality.  For discrete variables, x is I if the variable is present, 0 if the variable is absent, and the numerical value if the variable is continuous.