Asthma in the Elderly Asthmatics 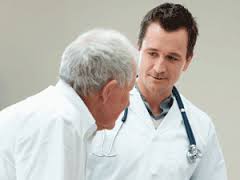 The high proportion of deaths attributed to respiratory nonneoplastic causes confirms an American survey of asthma-related death in the period from 1990 to 2001. Interestingly, the observed trend toward lower mortality rate from cancer confirms results of a very large epidemiologic study showing that both overall cancer mortality rate and colorectal cancer mortality rate were lower in subjects with asthma or hay fever. However, another study failed to support this observation.

We found that predictors of death in asthmatics were mainly nonrespiratory: depression, age, and smoking habit. On the contrary, Dantzer et al failed to recognize risk factors for death in elderly asthmatics followed up for 5 years. This difference between the two studies may be due to different methods used to assess the presence of asthma (self-reported in the Dantzer et al study, and based on objective methods in our study) and to differences in the array of collected variables. Furthermore, the French study did not evaluate predictors of survival within an asthma population; rather, it aimed at assessing whether asthma affects survival in an heterogeneous population of 2,348 elderly subjects including 206 asthmatics.

In our asthma population, the level of GDS > 5 was significantly associated with death, but also with asthma severity, as reflected by the GDS-SGRQ correlation (Pearson p = 0.422; p < 0.001). Thus, greater asthma severity might be the link between depression and mortality. However, according to findings in the control population, depression likely is a nonspecific index of poor general health status. Indeed, depression, a highly prevalent problem in the elderly, has prognostic implications both in the overall geriatric population, as our findings also confirm, and in COPD. Finally, depression could reduce the compliance with treatment that, in turn, affects morbidity and mortality, as previously observed in young-adult asthmatics. Whichever is the link between depression and death, our results strengthen a general rule in geriatric practice: the state of mood should always be assessed as a potential prognostic indicator.

Our data suggest that underweight (BMI 29 kg/m2 and death in subjects with asthma. Interestingly, similar values of BMI were associated with increased risk of death in subjects with COPD, but had a protective or a neutral effect on death in different geriatric populations (eg, in elderly patients with coronary diseases or heart failure or in participants to the Rotterdam Study). The different prognostic role of being overweight in COPD and asthma might have a pathophysiologic basis: overweight increases diaphragmatic work mainly if gas exchanges are deranged and bronchial obstruction is fixed, such as in COPD, but not in the majority of asthmatics. However, none of the several hypotheses formulated to explain the protective role of being overweight in the general elderly population can be considered conclusive. From our results, we can only conclude that overweight may not be detrimental to the elderly asthmatics, while there is no room for recommending them to gain weight if they have a normal BMI. 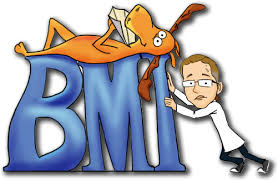 Smoke exposure was significantly correlated to higher mortality risk in our asthmatic patients, in line with the evidence pertaining to the general popula-tion. It is of note that the crude association between asthma and mortality was not confirmed in people who never smoked; people with asthma should therefore be warned of potential additional risks due to the interaction between their condition and smoking.

We found only a trend toward a protective effect of higher FEV1 among people with asthma. Furthermore and at variance from studies on young/ adult populations of asthmatics, the reversibility in FEV1 lacked predictivity. On the contrary and confirming previous observations, FEV1 percentage of predicted was positively associated with survival in control subjects. The association between depressed pulmonary function and both a systemic low-grade inflammation and insulin resistance has been hypothesized to mediate this association. It is likely that the smaller size of the asthma group and, mainly, the intraindividual variability of bronchial tone weakened the predictive role of FEV1 percentage of predicted in asthmatics.

Limitations of this study deserve consideration. First, approximately 16% of the sample were unavailable for follow-up, and for some nonrespiratory aspects these patients were sicker than those successfully tracked down. Therefore, we likely underestimated mortality rates in this study. Second, we have data about the drugs administered to asthmatics at baseline and not thereafter (throughout the observation period), and since some of the variables that we found associated with mortality are also associated with compliance or with the ability to correctly take medications, we cannot exclude that some of the results observed are due to suboptimal therapy. Third, the causes of death were derived from the death certificates and not from clinical chart review; this guarantees for an uniform collection of data, but carries some risk of misclassifica-tion. Finally, the control group included patients with non respiratory diseases attending outpatient geriatric clinics for different medical problems and not healthy elderly persons.

In conclusion, this study shows that in elderly asthmatics mortality is increased and related mainly to nonrespiratory variables. Accordingly, in these subjects a multidimensional diagnostic and therapeutic approach should be preferred to conventional approach based only on respiratory evaluation.