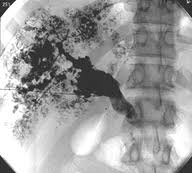 White New Zealand rabbits of both sexes were anesthetized by the injection of sodium pentobarbital (30 mg/kg) via the marginal ear vein. Additional pentobarbital are given when needed to maintain anesthesia. Through a paramedial incision in the neck, the left jugular vein was exposed, isolated, and cleared over a distance of 2 cm. Small side branches were ligated. The jugular segment was emptied of blood, and flow was temporarily occluded both proximally and distally by 2 vessel clamps 3 cm apart. A 10-cm-long 3.0 TlCron braided polyester suture, presoaked in a collagen solution, was introduced lengthwise in the lumen of the isolated jugular vein for a distance of 4 cm to avoid embolization of the thrombus to be produced. Then 300 til of citrated rabbit blood was aspirated in a 1-ml tuberculin syringe containing 50 p.1 (5 IU) of thrombin solution and 10 |jl1 of CaCl* solution (0.25M). This mixture was quickly mixed and injected into the isolated segment of the jugular vein via a 25-gauge needle. Injection of air bubbles was carefully avoided.
In all instances, the thrombi formed quickly. Thrombi were allowed to age for 30 min. Both vessel clamps were then removed, and blood flow was restored. The restoration of blood flow was always checked by injecting methylene blue (Sigma M 9140) proximal to the artificial thrombus. Fifteen minutes after thrombus formation, 10 jiCi of ia5I-fibrinogen was injected into each animal. Five minutes later, the bolus of rt-PA was injected.