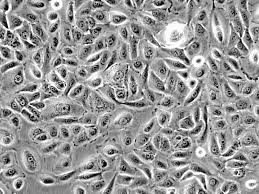 In this study, 13 healthy subjects each achieved highly reproducible serum theophylline levels after 48 and 72 hours of sustained-release theophylline administration. Thus, theophyllines effect on mucociliary transport was studied without the complication of acute responses to surges and falls in theophylline serum concentration and with a minimum of side effects. The mean serum theophylline level achieved in this study (7.8 jig/ml), falls within the low therapeutic range of theophylline. A dose-effect increase in bronchodilation occurs in concentrations increasing from 5 to 20 jig/ml. This low dosage may not have been sufficient to elicit a measurable response of tracheal mucociliary transport rate.

However, at these low doses, theophylline may have had an effect both on airway caliber (reflected by increased aerosol penetration) and on mucociliary transport rates in other intrapulmonary airways. In our study, the aerosol penetrated further into the lungs after theophylline than after placebo. Though this observation takes on statistical significance only when considering changes in the skew of the initial aerosol distribution, &*(%) was also observed to increase further Suggesting an increased aerosol penetration. The lack of significance in the observed increase in &u(%) may have been due to both its higher coefficient of variation compared to skew and its reliance on data acquired 24 hours after the aerosol is actually deposited. The increased aerosol penetration may have been due to bronchodilation since none of the other factors which are known to affect aerosol deposition, such as inspiratory flow rate, tidal volume, and particle size, significantly changed between the theophylline and placebo trials. This explanation cannot be confirmed by our tests of pulmonary function which failed to demonstrate any statistically significant changes. The possibility 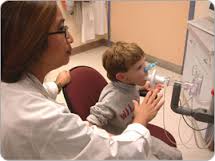 that airway caliber did increase is consistent with a recent study that reports bronchodilation in healthy subjects after intravenous administration of a 5.6 mg/kg bolus of aminophylline. Previous radioaerosol studies in both healthy subjects and patients with lung obstruction, however, have not reported that theophylline increased aerosql penetration. This may be due to the use of less sensitive indices of aerosol deposition, and the presence of chronic obstructive lung disease in some subjects that can lead to greater variability of deposition.

The influence of the pattern of aerosol deposition on mucociliary clearance must be taken into account in assessing theophyllines effect on mucociliary transport. If airway mucus transport rates do not change, deeper aerosol penetration into the lungs will result in

slower clearance since the deposited particles must travel greater distances before being removed. The fact that lung mucociliary clearance did not change in this study after theophylline suggests that airway mucus transport rates on the average increased but that the increase was masked by the more peripheral aerosol distribution. A stimulation of mucociliary transport by theophylline could be accomplished by alterations of the volume or physicochemical properties of mucus, alterations of ciliary beat, or a combination of these factors. In vitro studies have confirmed theophyllines effects on these components of the mucociliary system. ,

The relationship between tracheal mucociliary transport and lung mucociliary clearance, and the effect of theophylline on this relationship was examined. We found that TMTR was significantly correlated with C after placebo. This observation is consistent with results of other studies on healthy subjects and is thought to represent a coordination between mucus transport in the trachea and other ciliated airways which prevents accumulation of secretions and allows for effective particle removal in the unchallenged lung. After theophylline, however, the correlation disappeared. When we compared the changes in TMTR against the changes in C, we found a significant correlation. This suggests that the loss of correlation found after theophylline was due to a tendency for subjects with high baseline TMTRs and fast clearance to become slower, and those with low baseline TMTRs and slow clearance to become faster. It is possible that theophylline may not have had a stimulatory effect on subjects with fast mucus transport. This is consistent with results of other in vivo studies using patients with obstructive lung disease that showed a general increase in mucociliary clearance after administration of theophylline or amino-phylline. Baseline mucociliary transport rates in these patients were probably slower than would be found in a healthy population such as ours.