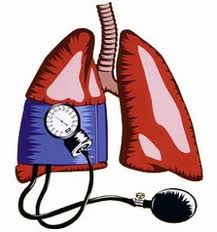 No significant change in therapy for COPD was allowed during the course of the study other than the treatment of acute infections or acute exacerbations of disease if they occurred. The subjects were not permitted to participate in any rehabilitation program that could result in an increase in exercise tolerance or enhance their knowledge of their disease. Baseline arterial blood gas measurements on room air were assessed before TTOt therapy was begun (Ti) and were reevaluated after six months (T). All blood gas measurements were performed by die same laboratory with the patient in a sitting position. Five of the patients died and 20 completed the study.

During the course of the study, oxygen therapy was titrated to provide an arterial oxygen saturation (SaO|) of approximately 92 percent at rest and while walking. A treadmill walk test was also performed at the beginning and end of the six-month period to evaluate exercise tolerance and changes in SaOt with exertion. Resting SaO, was titrated to 92 percent before die test. The subjects began walking at 1.0 mph with an increase of 0.5 mph every 2 min, all at 0 percent grade, to a self-imposed maximum level of exertion.