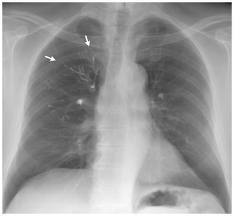 The ABG measurements done at the time of hospital discharge usually are not representative of the long-term needs of the patient once the acute exacerbation has subsided and the patient is clinically stable and receiving optimal therapy. Since ABG measurements performed during an acute illness should not be used to document the need for LTOT, a recent oxygen consensus conference held in Washington, DC recommended that in clinically unstable patients, ABC measurements should be repeated after one to three months when the patient is stable and receiving optimal therapy before LTOT is authorized. The recommendation of one to three months was predicated on data from the NOTT study in which 21 percent of patients who initially qualified for home oxygen therapy did not qualify when retested after three weeks.

Those who did qualify after three weeks showed a remarkable improvement in survival and quality of life with the best results occurring in patients who received near-continuous oxygen therapy. A second multicenter controlled study of the effects of LTOT conducted in Europe (the GEMOS Trial) found that 30 percent of patients with COPD and hypoxemia did not require oxygen therapy after a period of observation extending up to three months during which oxygen was withheld.