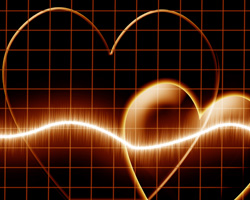 In borderline cases, the severity grading of aortic regurgitation was influenced by the intensity of the continuous-wave regurgitant envelope. (3) Pulsed-Doppler evaluation of descending thoracic aortic flow was analyzed. Aortic regurgitation was graded as trivial or mild if no diastolic reversal was present, moderate if reversal was present only in the first half of diastole, with the diastolic reversal time-velocity integral being clearly less than the systolic-forward time-velodty integral, and severe if holodiastolic reversal greater than or equal to the systolic-forward time-velocity integral was detected. The severity of aortic regurgitation was determined by cumulative analysis of either two or three of the Doppler methods, with the final estimation being at the discretion of the reviewing physician echocardiographer. The fairly small numbers involved did not allow for reliable determination of intraobserver and interobserver reproducibility of aortic regurgitation, and the very small number with moderate aortic regurgitation did not allow for meaningful comparison of the three different methods.
Bight-Sided Cardiac Pressures: Peak right ventricular and pulmonary artery systolic pressures were determined in patients with technically satisfactory tricuspid regurgitant envelopes as determined by continous-wave Doppler (either imaging or nonimaging transducer), and right atrial pressure (RAP) was estimated by echocardiographic assessment or inferior vena cava (IVC) size and by the percentage change during inspiration, as described in detail elsewhere. Briefly, this method is summarized as follows: IVC collapsed = estimated right atrial pressure <5 mm Hg; IVC smaller than abdominal aorta and ^50 percent inspiratory reduction in size = 5 to 10 mm Hg; IVC = to aorta but with preserved respiratory response = 10 to 15 mm Hg; IVC ^aorta with reduced respiratory response = 15 to 20 mm Hg; IVC markedly dilated with no response to inspiration = >20 mm Hg. Although RAP was estimated clinically as a range, the midpoint of this range was used to classify a mean ± SD for the study cohort. Pulmonary artery systolic pressure was estimated by the following equation: PASP=4 x tricuspid regurgitant velocity2 + estimated RAP.