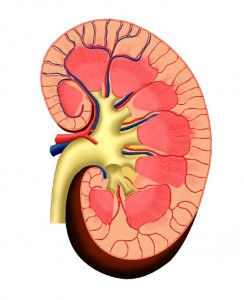 Pulmonary function tests were normal in 12 of 31 (11 female, 1 male) patients (39 percent). All these patients are considered to have no pulmonary involvement from their disease. Their mean age and disease duration were 47.6 ±8.9 years and 5.3 ±3.9 years, respectively. Six patients had the diffuse and the other six had the limited form of systemic sclerosis. None of these patients had a history of dyspnea, cough, or abnormalities on chest roentgenogram. In 9 (75 percent) of 12 patients, positive serologic features were found: ANA in 8, ACA in 2, and anti-sclro antibodies in two patients (Table 3).
According to the described abnormalities in the pulmonary function test results, we found 10 (32.2 percent) of 31 patients having predominant restrictive pattern with reduced lung volumes and diffusing impairment (four of them had also reduced MEF25). Six patients (19.4 percent) had isolated Deo reduction. Two patients (6.5 percent) had isolated MEF25 reduction and only one patient (3.2 percent) had the obstructive pattern of abnormality (this patient had also reduced lung volumes, diffusing impairment, and reduced MEF25).
All these 19 of 31 (17 female, two male) patients (61 percent) were considered to have pulmonary involvement from their underlying disease. Mean age and disease duration of these patients were 54.8 ±15.8 years and 7.1 ±5.4 years, respectively. Fourteen patients (74 percent) had the diffuse and five (26 percent) had the limited form of systemic sclerosis.

Table 3—Demographic Data, in Patients with Systemic Sclerosis with and without Pulmonary Involvement