Underdiagnosis of chronic obstructive pulmonary disease: A rationale for spirometry as a screening tool 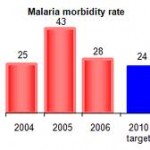 Chronic obstructive pulmonary disease (COPD) is associated with significant morbidity and mortality. It is the fourth leading cause of death in the United States and its impact on quality of life can be severe. Physicians have the opportunity to help patients escape the consequences of untreated COPD. It has not been proved that medication can alter the course of the disease, but smoking cessation produces impressive short and long term results, as was shown by the Lung Health Study .

Some experts recommend spirometry screening to prevent underdiagnosis and to maximize the opportunity to intervene, as is done with hypertension . Mass screening remains controversial, however. It may result in overdiagnosis and overuse of health resources. Spirometry results have been shown to correlate with the development of COPD in men who smoke, but a similar correlation has been shown only variably in women . ‘Abnormal’ spirometry readings based on predicted ideal values may cause undue alarm, while ‘normal’ readings in smokers may cause undue complacency. Finally, even aggressive intervention is unlikely to produce a high smoking cessation rate , and the correlation between screening and cessation is uncertain .

Spirometry is well established as a necessary diagnostic tool . A thoughtful approach to spirometry screening should include assessments of the magnitude of underdiagnosis, the potential effectiveness of intervention, the predictive accuracy of spirometry and the clinical profile of COPD.