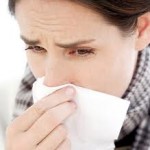 The results indicate that many more individuals have both respiratory symptoms and objectively observable chronic obstruction than are diagnosed. These findings have serious implications for underdiagnosis in younger populations, who are typically asymptomatic. In most COPD patients, dyspnea does not appear until the sixth or seventh decade of life, and yet the underlying pathophysiological causes may already be well established by 40 years of age. The Manchester study indicated that underdiagnosis is evident even in older symptomatic patients, and, therefore, it is reasonable to assume that a large number of younger asymptomatic patients do not receive a diagnosis of their condition until it is well advanced.

The Manchester study also showed evidence of undertreatment. Only 36.9% of patients with observable airway obstructions were using inhaled bronchodilators or steroids. Similar results were reported by Bodner et al , who studied the prevalence of adult-onset wheeze in Aberdeen, Scotland. A follow-up questionnaire was issued to 1758 adults aged 39 to 45 years who had been surveyed 31 years earlier for asthma. Adult-onset wheeze was reported by 11.5% of the respondents. Of these, 63.2% were past or current smokers, suggesting that chronic bronchitis may have been an underlying cause of respiratory symptoms even in a relatively young population. Of respondents who reported that their symptoms were limiting their activities, over 40% were not receiving treatment.